zURBS wants to make people look at and re-think their city in new and different ways. By working with a wide range of urban citizens through a social-artistic approach, zURBS aims to pose alternatives to how we live together in our cities (=the social), through creative and imaginative processes (=the artistic). Thus, zURBS organizes projects, workshops, interventions and lectures, in collaboration with a wide range of national and international organizations. 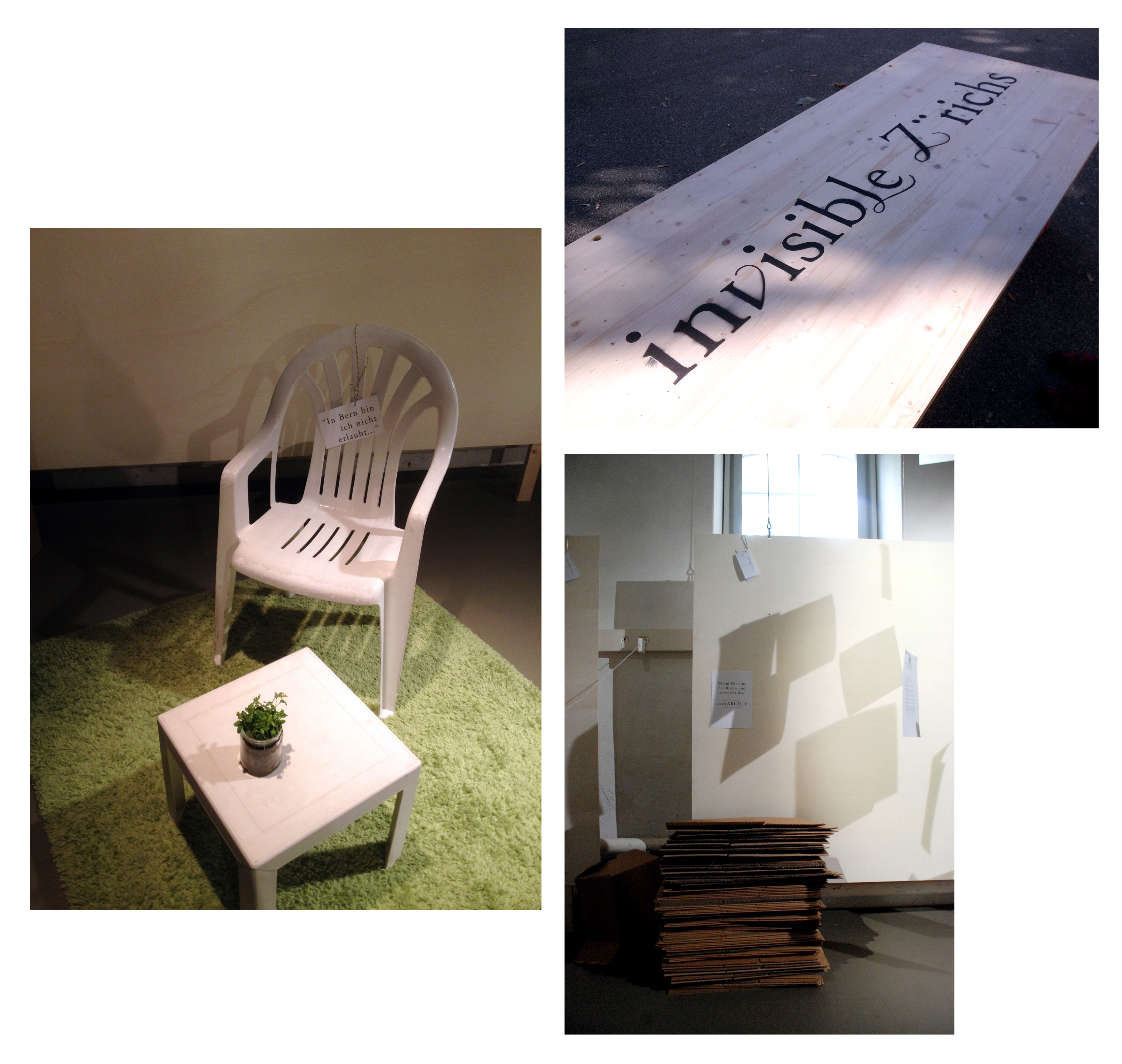 »The city is its own archivist, piling document onto document, we have to find ways of being its amanuensis.« (Sheringham, 2005) 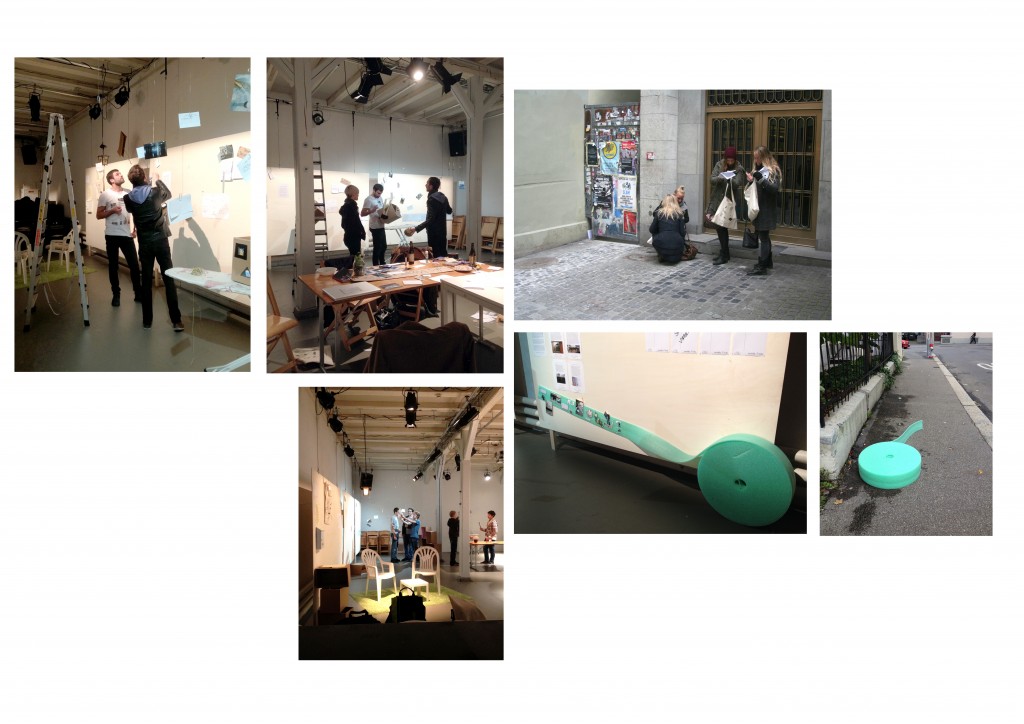 invisible Zürichs is an attempt to question, investigate and make visible what Ranciére would call »the distribution of the sensible« of urban space. »The distribution of the sensible« is an underlying structure that is hardly visible in urban space, but that nevertheless determines what is possible, acceptable, and even perceptible in a certain place. It can be compared to the idea of »the dispositif«, alluding to a fluid network of virtually everything: discourses, institutions, architectural forms, regulatory decisions, laws, administrative measures, scientific statements etc. This network has a strategic function and a strong relationship to power: It shapes urban realities through its capacity to capture, orient, determine, intercept, model, control, or secure the gestures, behaviours, opinions, or discourses of living beings. In other words, it shapes how we talk about things, how we behave, and how we think about our (urban) futures. 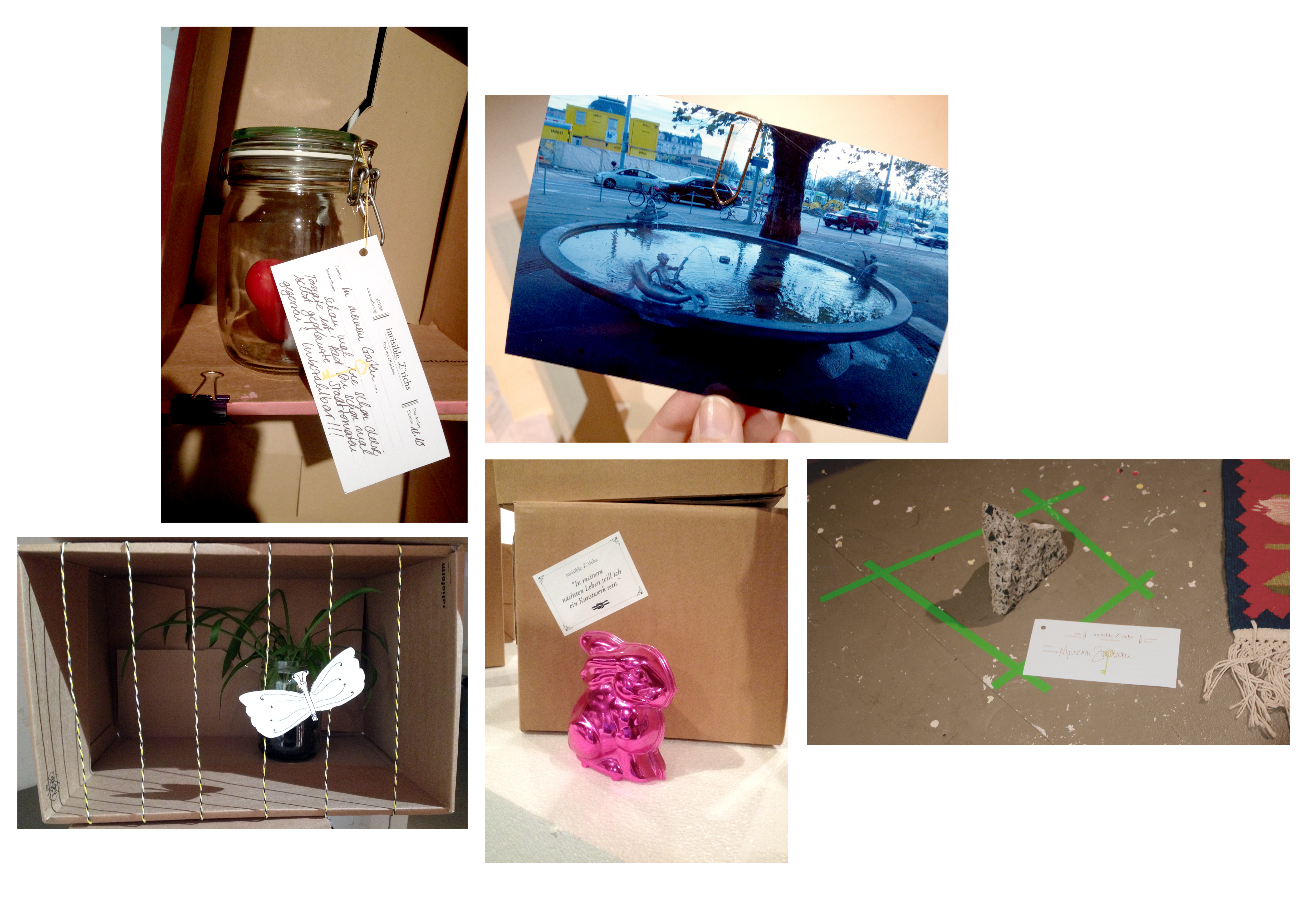 The question is how do we identify and investigate these apparatuses, and how do we find ways to dismantle them? 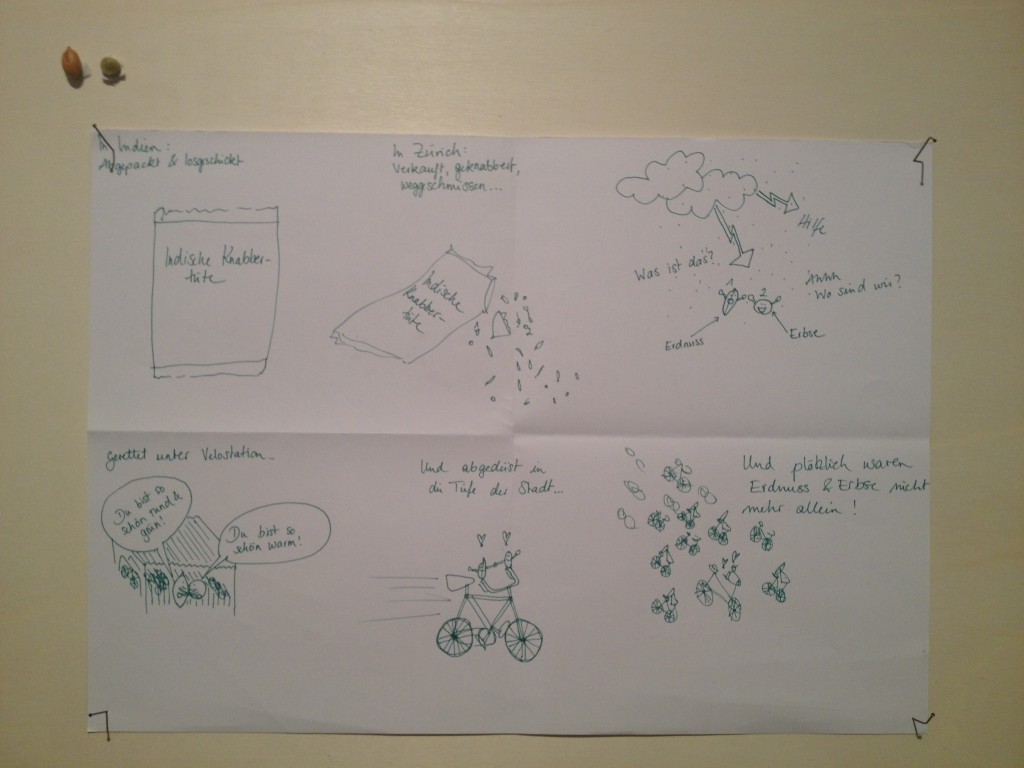 invisible Zürichs is based on the argument that artistic practice has got the potential to provide an »aesthetic experience« that may disrupt the present order of being by questioning and changing this »cartography of the perceptible, the thinkable and the feasible« (Rancière 2008:11) and thus opening up for new ways of perceiving, understanding and using urban space, thinking about how cities are formed, how we live in them and how they function.
In order to do this we will work and experiment with the idea of the archive. Through a series of workshops from mid. October to mid. November, the residents of Zurich are sent into the city in order to collect traces of the invisible Zurichs [sic]: experiences, places, norms, power structures etc. that we might not take notice of in our everyday life. These traces may take the form of impressions, images, artefacts, drawings, stories, dialogues and memories that will be used to construct what we call the alternative city archive, the stadtARCHIV.

The stadtARCHIV is not a traditional text-based archive, through which text, word and document alone is providing access to origin, history and experience. 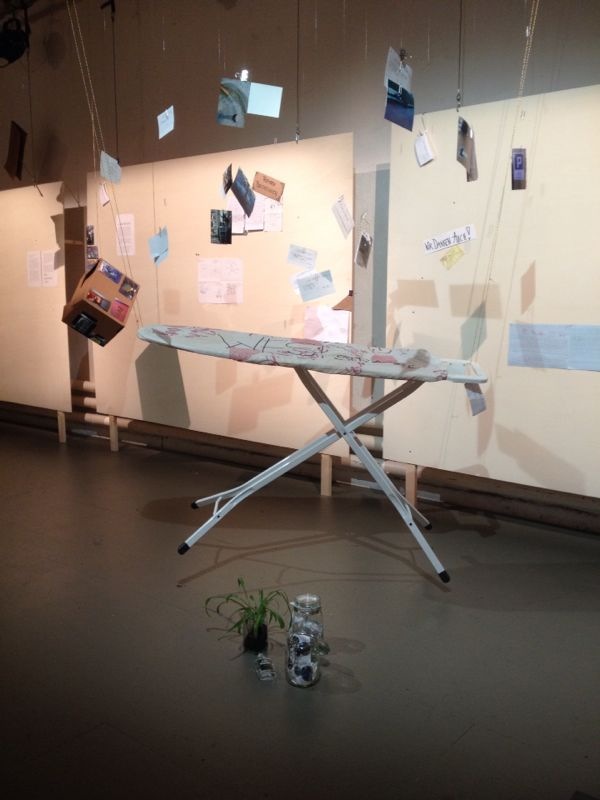 Rather the stadtARCHIV explores the always unfinished process of making and remaking ourselves through our symbolic forms. It is a collective artefact »in the making« providing the residents of Zurich with opportunities to express their experiences of and in the city in symbolic data rather than, or in addition to, as words in discursive texts. These symbolic data may include material forms of practice (e.g. objects discovered or used during the workshops), material forms of still and moving images (e.g. mental projections in terms of drawings, photo-series etc.), material forms of music and sound or material forms of live action.
The archival practice of invisible Zürichs foregrounds the processes of constant modification that is engendered both by the process of layering and depositing itself, and by the strategic uses to which the material is put. The stadtARCHIV then can be compared to a dispositif as it functions in the conjunction between the concrete and the systematic: we are dealing with human words, experiences and practices, but these have become part of a system, a logic that severs them from their agents and their interpreters. In this regard one can say that the archive is performative in that it functions on its own terms and relies on the perception and engagement of the end-user as well as the archivist. The stadtARCHIV then, should not be conceived solely as a representation, but rather as a medium for enactment. Rather than being a space of representation it is a space of encounter. 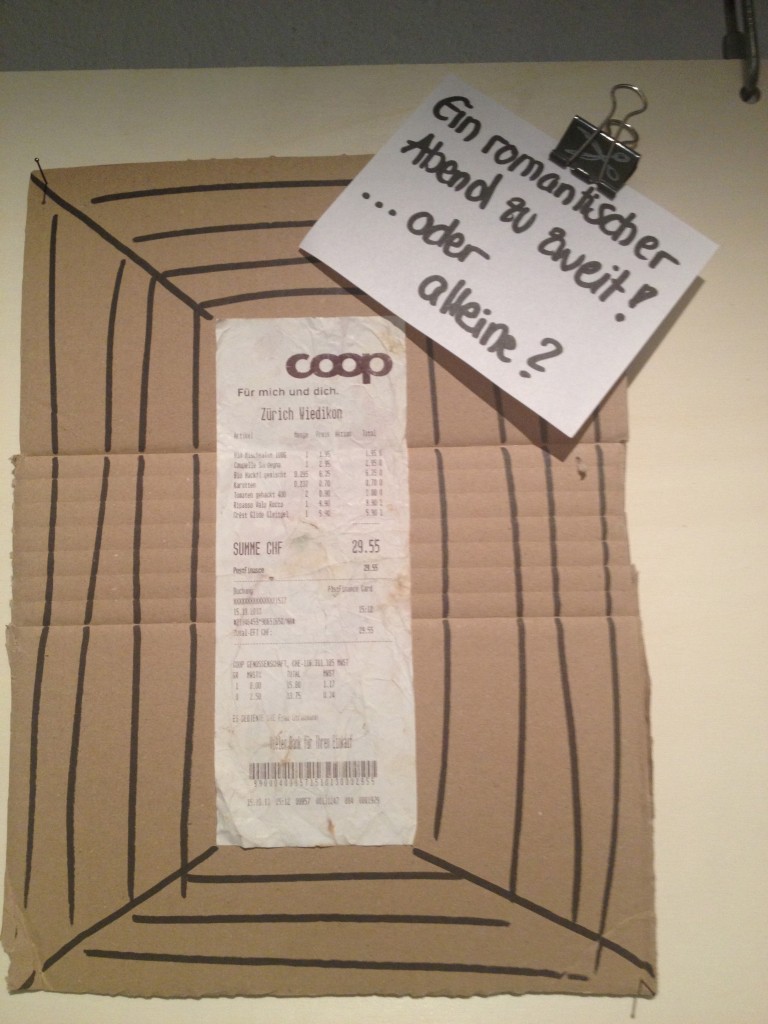 The act of making the archive becomes itself an action that confirms or modifies the conditions, which creates certain possibilities for visibility and exclude others. By taking the role of active interpreters, storytellers and translators, the participants appropriates the story of the city for themselves and make their own story out of it. Through these stories and narrations new dispositifs and distributions of the sensible are co-produced and appropriated, informing an understanding of urban space as defined by a radical openness productive of diverse and multiple outcomes, rather than as one fixed and given urban reality.